¡Hola chicos! Yesterday I started a new chapter of my life. The journey began on Sunday 8th July at 5 am, when I left my village to go to Munich in order to catch my flight to Seville. I landed in Seville at 11.30 am and I met my host mother 2 hours later for the very first time. She is a really kind woman I must say. She‘s around 40 years old and has a daughter who is 12 years old (I haven‘t met her yet). Her husband is also really friendly.

So now I come to the first big difference to Austria: Mealtimes! My Spanish family eats their lunch at 3 pm. In Austria we have lunch around 12 o‘clock. Moreover we eat dinner sometime between 5 and 7.30 pm. In Spain I now have dinner at approximately 9 pm.

Next difference: Siesta! I think you all know that a siesta is the nap you take after you had lunch. In Austria rather older people take a nap in the afternoon. When younger people do, they are often called lazy. In Spain though it‘s totally normal for everyone to have a siesta.

Let‘s move on with what I did the rest of the day: In the evening I met David in el Parque de María Luisa. It‘s the biggest park they have in Seville and it‘s the most beautiful park I‘ve ever seen. I also took some pictures there.

After that we went into the city center in order to get to know the city a bit better. 3 hours later I was back at home, ate my dinner and started to watch ”La Casa de Papel“ which is an exciting Spanish series. In English it‘s called ”Money Heist“ and in German it is „Haus des Geldes“. And I watch it in Spanish of course! Even though I don‘t understand a lot of things, then I re-watch the scene I didn‘t understand with german subtitles.

So that is all about my first day. Now I‘m looking forward to my first week as an intern in a Spanish marketing company. 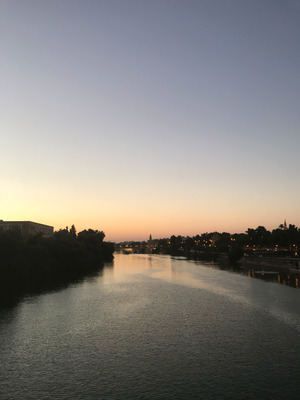 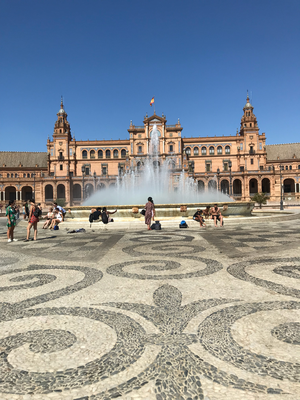 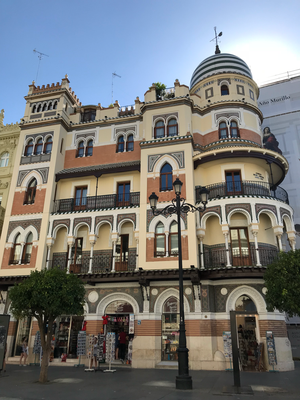 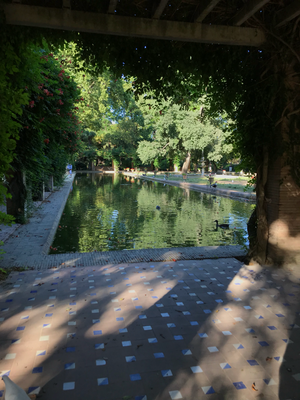