In the last two weeks I could make some new memories and also in the work it is as if I would work already an eternity.

In the first week, I worked the late shift in the hotel and this week I had the early shift and I am definitely of the opinion that the late shift is more interesting. In the late shift usually begin the check-in's, there is almost every minute of your working time reserved with guests. But in the early shift, you don't have much to do and you could get bored after the third day. The only catch on the late shift is that you can hardly see and experience anything of the city, because already as mentioned in my last blog the shift starts at 2 pm and ends at 8 pm. At this time of day it is relatively dark in Malta and there is little time to see anything new.

So this week I have spent a lot of time with new inquiries and new moments.

My roommates and I usually make out the evening before what we do the next day and so we save time and can see as much as possible.

Sometimes we also spent the time only on the beach. Malta has many different beaches and each one is something special in its own way.

We were in Valletta , the capital of Malta. Because all the buses go to Valletta, really uncomplicated. As one is used to from capitals, there are always a lot of people on the road and numerous souvenir shops. What we still noticed in the Valleta is that the streets are all relatively steep, but one noticed that not while walking.

We also visited the city of Mdina. This week Mdina celebrated her party. Because in Malta each city has its own week, where they celebrate their festival. Mostly relatively colorful and loud with many people

That's how the city looked. But our real reason why we wanted to see Mdina was what the silent city. The silent city was the place where some episodes of game of thrones were filmed.

If you're interested, how does my trip in Malta go on? Stay tuned for my next blog entry 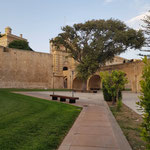 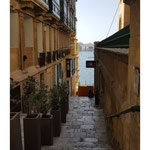 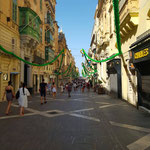 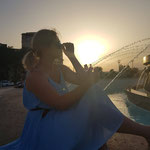 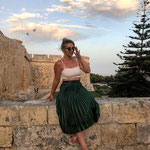 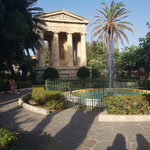 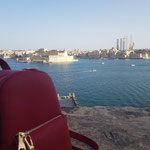