Good spots for eating in Brighton

It's not a big secret that Brighton is a city full of different cultures. You can find anything there just like in large cities. So the most interesting thing about multicultural influences is the different types of food. In Brighton there is a large variety of such restaurants.

For example you can easily find a restaurant that offers Taiwanese food (The Pond).

To be honest, I've never heard of that but was curious about it. A typical Taiwanese dish is called "Bao" which is a white, warm bun filled with meat and vegetables. So I tried that but was a little bit disappointed because it just didn't taste like I imagined it.

Although I wouldn't call this a success but going to Gelato Gusto was one. My colleagues at work told me I should really try this one out so I did. At first I was shocked by the prices per scoop – 2.40 £ (2,70 €)!!!! But I just trusted them and got some ice cream. The only thing I want to say is that if you're ever in Brighton go to Gelato Gusto, you won't be disappointed.

The next food I tried was a vegan wrap with halloumi, hummus and vegetables. The place where I got that is called We Love Falafel which is in the Lanes of Brighton. Again a success. Although it was vegan I really enjoyed eating it.

There are so many more restaurants or snack bars which you have to visit e.g. VIP Pizza (Italian), Carlito Burrito (Mexican) or Moshimo if you're really into sushi and that stuff. 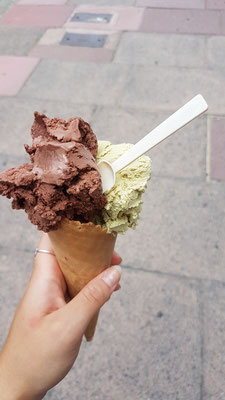 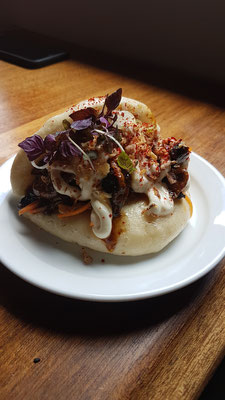 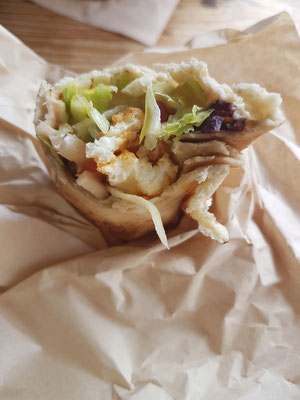