Time flies by, my first week in Italy has passed in like no time.

On Monday I met with Marina from our agency and she showed me my workplace for the next 3 weeks: the Public Prosecutor's Office of Florence. I'm really happy about my placement because I'm interested in law and therefore I think I might get some interesting insights into the work of a public prosecutor, judge or lawyer. Plus I only work 5 hours a day (i.e. 25h per week) which is amazing. The only downside is that it takes me about an hour to get to work. But well, actually I'm already kinda used to that from Barcelona last year. 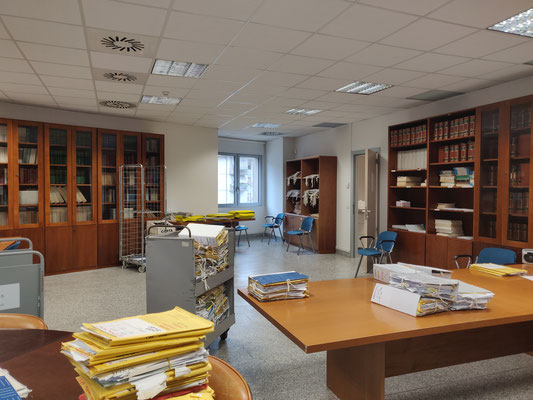 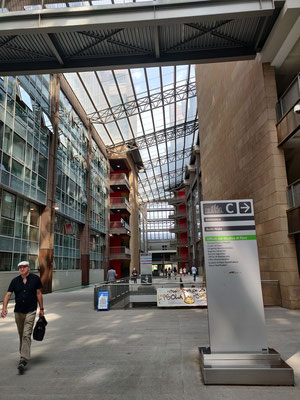 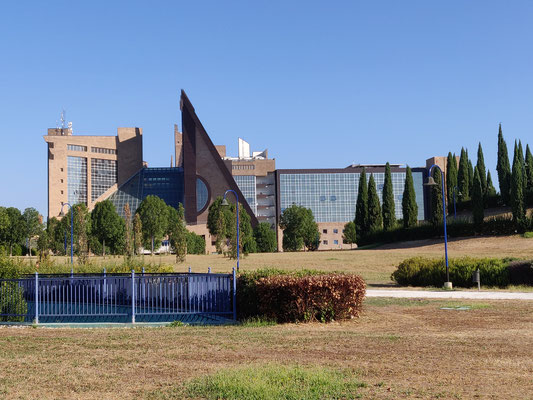 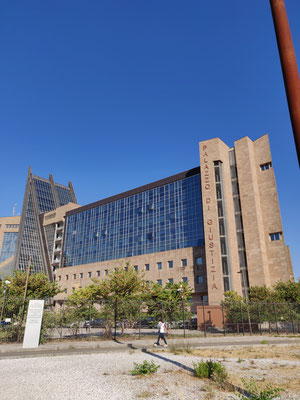 Tuesday was my first actual workday in the Plazzo di Giustizia (Palace of Justice) of Florence which is massively huge (it has 9 floors!). I got to know my coworkers and helped with archival work. While sorting files, Enzo - my roughly 60-year-old, super chilled coworker - talked to me non-stop for hours in Italian about literally every aspect of life. Since I only learned Italian for 1 year in middle school you can imagine that it was a little difficult to understand him. What made it even more difficult was his southern accent and his speaking rate (he even talks faster than Ingo!!!?!?). But I take it as a good listening comprehension.

The next few days I also did archival work. It's not the most exciting thing to do but hey, it's only for 5 hours. On Thursday I got to know two other Erasmus+ interns in my office who are from Spain. They are also doing an intership at the Public Prosecutor's Office with the same agency as us. As I'm a big fan of Spain I was of course very keen on getting to know the 2 Spanish girls and arranged a joint dinner for Friday evening together with Jasmin and Joshua. While we thought it would just be us and the 2 girls we found ourselves on Friday with a group of 7 Spaniards (6 girls and 1 guy)! They were all about our age and super funny but they hardly spoke any English which was unfortunate for Jasmin and Joshua but no problem for me. I really enjoyed digging out my Spanish skills from Barcelona last year. All in all, a great night. 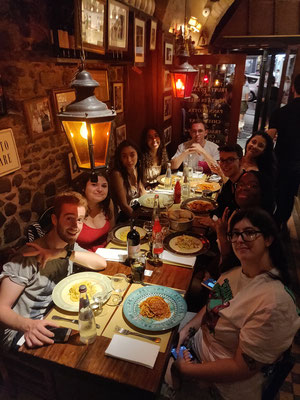 On Saturday we made a daytrip to the sea. We went to Viareggio by train. The trip, which should actually only take about 1 hour, took us more than 3 hours! Firstly, our train from Florence was cancelled, so we had to wait for the next one. Then we had to change trains in Pisa. We managed to be in the right connection train on time but the train just wouldn't depart. There was a delay, no one knew the reason and no one knew how long we would have to wait. After 20 mins there was an announcement to take a different train. After waiting some time for departure in the other train, we were told that this train now doesn't depart either and we should go back to the train we came from. Long story short, a massive chaos. Or as my coworker would say: "Perché Italia" (engl.: Because Italy).

"Perché Italia" sums up pretty much everything here. On Friday suddenly all lights went off at work and the whole floor was dark for about 10 minutes. While I was a bit concerned, my colleagues didn't seem to be bothered at all. When I asked why the lights were all off, Giuseppe just said “Perché Italia”. So now whenever something is weird or different to Austria, Jasmin and I always say "Perché Italia" (e.g. when the bus doesn't come for 40 minutes - generally, public transport here is the greatest mess you can imagine).

Lastly, to finish off the week, we took a daytrip to Cinque Terre. The Cinque Terre, the "five towns", is a string of five old fishing villages perched high on the Italian Riviera in the region Liguria. Cinque Terre is well-known for its beauty and also a famous tourist destination. To get an impression, here are some pictures: 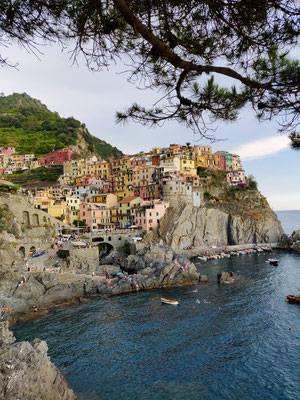 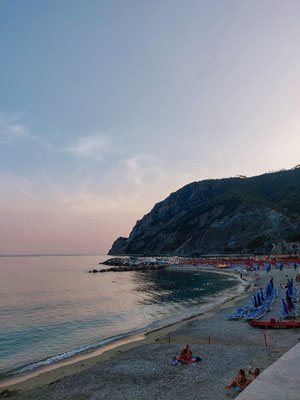 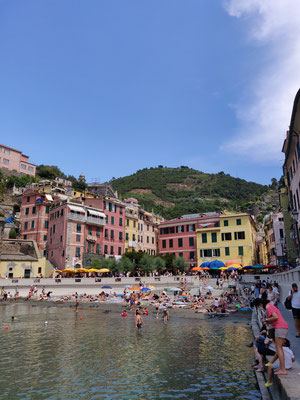 So that's it for this week, a presto!